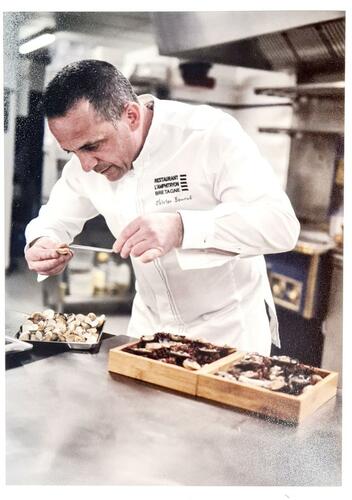 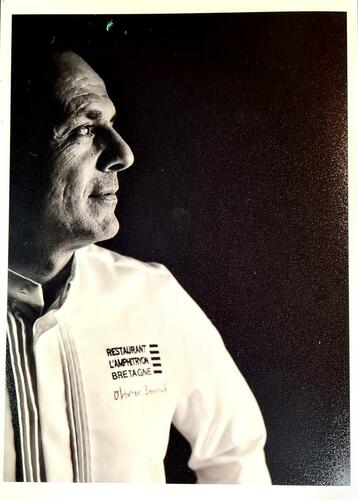 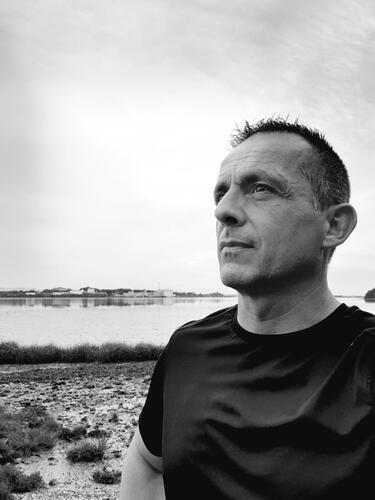 In the kitchen, chef Olivier Beurné officiates, whose reputation is second to none. After a tour of France of the big starred houses, he cut his teeth alongside Star Chefs Marc Meneau and Pierre Gagnaire. He continued his culinary adventure in Europe, before returning to his Brittany lands in 2002. He then became Chef at Château Locguénolé in Kervignac for 15 years in Morbihan, a two-starred Michelin Relais & Châteaux.

It was in 2017 that he took over the famous Lorient restaurant that is Amphi[tryon], with his sidekick and partner, the renowned sommelier Antony Rauld.

The Chef's motto? Devoting yourself to gastronomy, to unbridled freedom. He officiates to share emotions through his dishes, to infuse something new, to discover his culinary philosophy on tastes, textures.

Modern, technical and graphic cuisine is what Olivier Beurné promotes on the plate, always with the complicity of Anthony Rauld.